Last week on Twitter this guy @MoeScoe was showing off this new t-shirt he designed to a lady, @secretaddy. The t-shirt was this: 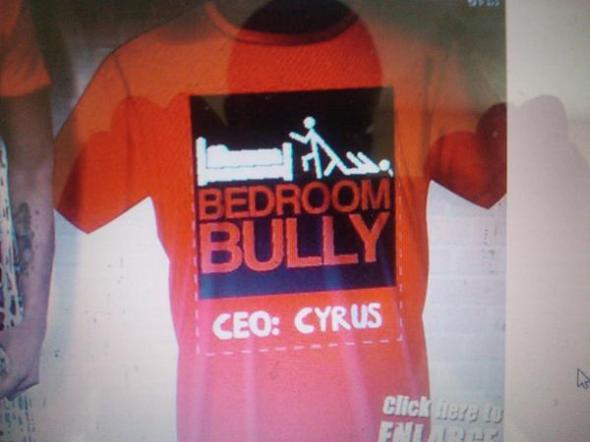 There are all types of shit wrong with this, which the creator clearly didn’t see. His responses were even more comical Let me just show you some of the responses to the complaints about his shirt:

@secretaddy u are too tight relax damn, its just a metahpor, we dont actually drag girls like that, damn, its not u being dragged. relax

@secretaddy ok u taking this too far, just shut up. damn! have u consider that fact that some pple like to be handled that way??? lol

@secretaddy thus wats wrong with pple these days, just jump into conclusion, u went too far with this shit, disappointed in you.fuck!

You know, once upon a time, I used to wonder what exact women meant by misogyny, but this right here hits me as plain as day. What he failed to realize is that the shirt can be interpreted to advocate rape. Then it has the word “bully” in it. The definition of bully in the Merriam-Websters is:

1.
a blustering, quarrelsome, overbearing person who habituallybadgers and intimidates smaller or weaker people.
2.
Archaic . a man hired to do violence.
–verb (used with object)
6.
to act the bully toward; intimidate; domineer.
†
So a “bedroom bully” is someone who intimidates and provokes fear inside the bedroom, and the image is of a man dragging a woman into a bedroom. That looks a lot like rape to me. Plus if that’s the FIRST interpretation that even a small percentage of your market comes away with, you may want to rethink your shirt. Unless of course, you plan on selling to to other ignorant ass niggas who also don’t know any better.
†
I think what really bothered me was this statement though:

@secretaddy u are too tight relax damn, its just a metahpor, we dont actually drag girls like that, damn, its not u being dragged. relax

He told her not to worry, because it wasn’t her being dragged.

Sexism like this has to stop. It’s ignorant, it’s abrasive, and it’s just plain dumb. When 1 in 6 women have been a victim of an attempted or completed rape, this kind of blatant “metaphor” shirt just speaks volumes of how little we take things seriously in the black community. It’s downright deplorable.

Let me know what you think in the comments.

This entry was posted on March 29, 2011 by Greg. It was filed under Random Thoughts, Social Networking and was tagged with Bullying, Illuminati, Kanye West, People, Rape, Sexism, Twitter, Violence and Abuse, Women, Youth.