Where Are Our Action Stars?

For real. I need to know. Every generation has had some sort of American icon in movies, some hero, some dude that would kick ass, take names, shit on your cat, smash your girl, beat that one level you were stuck on, and make sure he did it all in a timely and efficient manner. From John Wayne to Bruce Willis, we have always had someone. Hell in the past 30 years, we have always had at least: 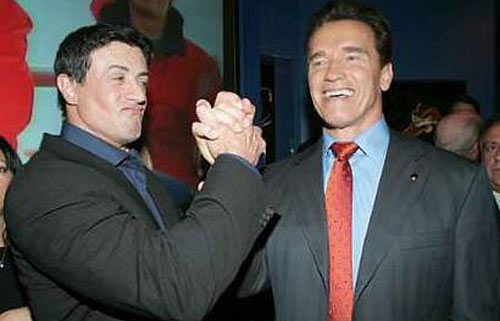 But right now we have no Americans for real. Mark Wahlberg? Last action movie I enjoyed him in was The Big Hit (does The Other Guys count?), and that was a LONG time ago. Vin Diesel? Name 2 movies that were decent outside Fast and the Furious series…exactly. Dwayne “The Rock” Johnson? He’s more hilarious than anything. Watching wrestling has completely distorted me from taking him seriously ever. Tyrese? If you have followed him on Twitter for long than say, 5 minutes, you know why he’s out.  America is in a recession people, and it shows in our action movies. We are relying far too much on overseas talent to drive our movies. Gerard Butler and Jason Statham are in EVERYTHING. On top of that, anything involving out action heroes are never any new ideas, its always either:

a)based of a comic book

Where is the originality? The creativity?

I guess people are too busy on Facebook and being entertained by these:

This entry was posted on May 23, 2011 by Greg. It was filed under Random Thoughts and was tagged with Big Hit, Bruce Willis, Expendables, Gerard Butler, Jason Statham, Jet Li, Sylvester Stallone, Wesley Snipes.