So the Republicans plotted to get the

but their game plan was

and black people didn’t vote because they were too busy

so the Republicans won the House and feel like

and they told all the black people in the Senate to

Yep. Served 5 years in the military and I don’t vote. Never have and probably never will if society continues on the path it has been. Why should I vote? You tell me? For that positive feeling that you get when you feel you have made a difference by picking one bowl of shit over another? I mean, they are all bowls of shit, it’s just whose smell can you tolerate better. Here’s a better idea. How about no bowls of shit for candidates? That’s when I will start voting. If you need more reasons why I won’t vote, here go some more:

How I spend Election Day

...and make me delicious McRibs.

We all see them on every channel like 5011 times a day. We hear them on every radio staion like eleventy-billion times an hour. They all go along the lines of:

“Don’t vote for my opposition, he’s a douchebag who rapes baby llamas in his free time,”

the other guy’s attack ad says:

“That guy who says I rape baby llamas? well he’s a part of a hate group that uses little black babies as footballs and kicks them through the goalposts on the weekend. And he’s GAY!!!!”

So if I were to go to the voting booth and see both of their names, what am I to do? I mean, I’m damn sure not cool with baby llama rape, and I don’t think I’m okay with using little babies to kick field goals, though that would be hilarious in its own special way. Also what the fuck does being gay have to do with anything. I mean, he’s Republican, so it’s pretty obvious. So you tell me, what’s the point of voting when both candidates suck monkey balls? 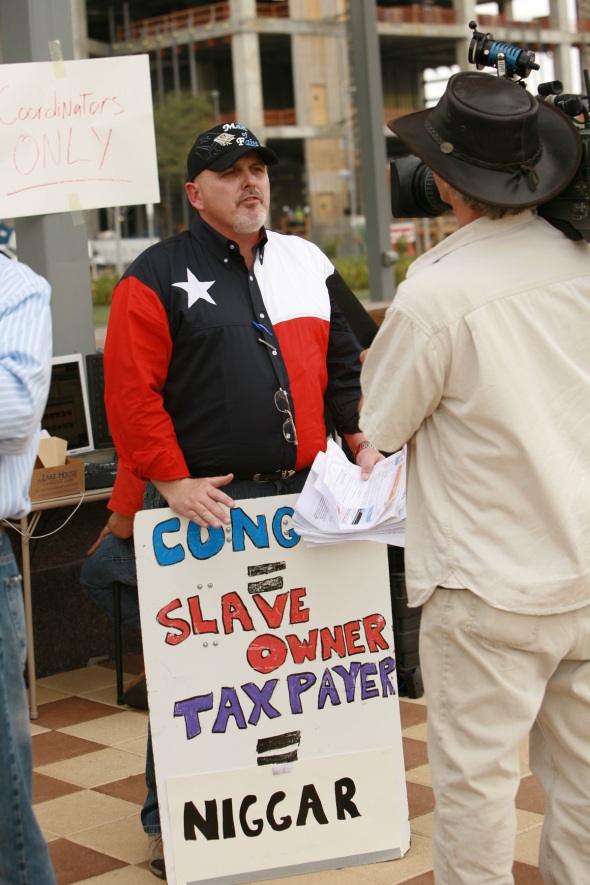 Sorry, but every Republican is racist until the either a) denounce the Tea Party completely, which is basically the KKK without the burning crosses or sheets, or b) start giving a shit about minorities.

“B-b-but the leader of the National Republican Party is Michael Steele! He’s black!”

Yeah, and the absolute ONLY reason why he is in the position is because Obama l=got elected. It’s like that subtly racist white guy who gets called out so his fall back response is, “I’m not racist! I have black friends! See!” Michael Steele, ladies and gentlemen, is that black friend. On top of that, he is incompetent as shit, which gives the Tea Party more evidence to back up their racist beliefs that black people suck.

3) People usually vote in the opposite of their interests

Yep. Look at the Tea Party. They are a bunch of middle-class white people who have had their inner racist exploited by corporations to to vote against the very change they seek. The want a reduced deficit? Obama has done that. Health care coverage? Obama has done that too. Stopped the recession before it got into a full-blown depression? Count it. Yet, these racist assholes vote for the same politicians that want to take everything away that has helped them, and why?

Because a black man did it and will get credit for it.

4) The Democrats are Punks

They are. How do you control both the House AND the goddamn Senate and struggle to get shit done? You had the majorities to pass anything you wanted in both, and yet all the infighting caused us to not get shit done. When the Republicans run shit, there is no infighting. They get shit passed, regardless of how shitty it is. If the party wants it, the shit gets through because at the end of the day, they are Republican and that’s who they stick to. Democrats? Nope. The rather bicker over silly shit and not get shit passed, and then instead of telling the world “The Republicans don’t give a fuck about you America” every time a bill fails, they are silent, while the Republicans bash the shit out of the Democrats about how ineffective they are, when THEY are the reason the Democrats can’t get shit done.

Sharon Angle is batshit crazy. Christine O’Donnell? Batshit crazy. Kendrick Meeks? Batshit crazy. Michele Bachmann? Batshit crazy. That’s just the high-profile ones. Now I’m insane, but I have common sense. Most politicians have none. They are greedy asshole that like power. People that seek power over others are sociopaths, and why the hell would I vote for one? The government is composed of people who want to tell other people what they can and cannot do to themselves when it doesn’t affect anyone else. People who would like that kind of job are batshit crazy.

On top of that, they have the nerve to complain about it. These people make over 100k a year easy. Easy. Not to mention all the little “perks” they get from special interest groups that buy their votes on certain issues. These same people have the fucking nerve to come on TV and complain that they don’t want to read a bill because it’s 2000 pages long? Bitch, my tax dollars pay you, so you better read that damn bill. I read that much in about 2 weeks in my pree time, not counting the amount of reading I do at work. Shit that shit up. PLUS they have people that they can pay to read it for them and summarize it for them. That’s politics for you.

So while you all are out making a “difference” I will save my gas, time, and energy, and sit my black ass at home. If I do feel the sudden urge to vote, I will write-in Billy Dee Williams, because at least if he wins and fucks up, he’s at least going to sound good doing it.

Plus he was the only black guy in the Star Wars galaxy.

Change I can believe in.